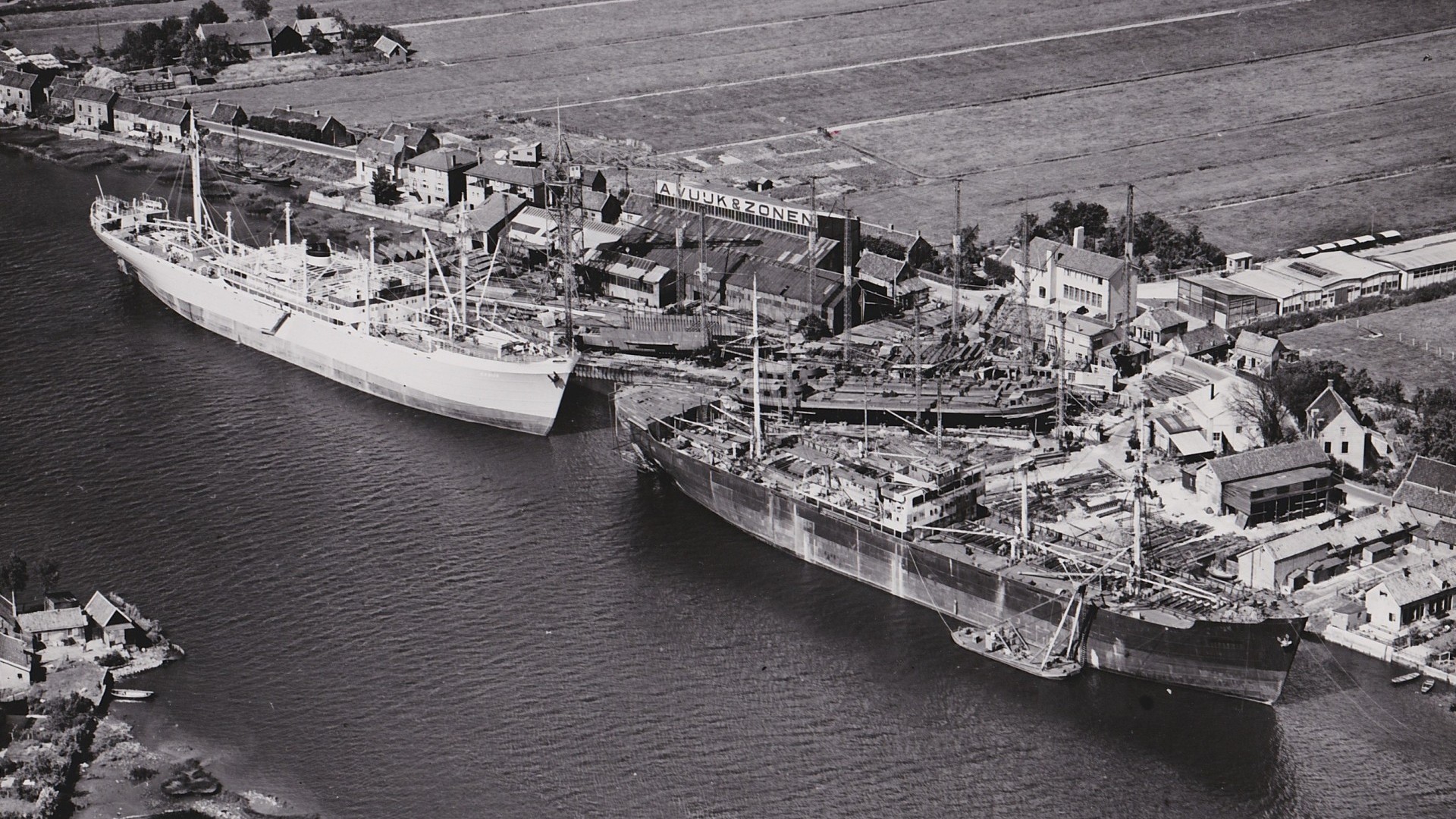 Last updated 5 months ago
This year marks the 150th anniversary of the establishment of shipyard A. Vuijk & Zonen, from which Vuyk Engineering Rotterdam BV originated. During Open Monumentendag (European Heritage Days), there will be a festive gathering on the old Vuyk grounds. Two ships that are once built at A. Vuijk & Zonen Shipyards, are coming back to Capelle aan den IJssel and can be visited on Saturday September 10th.

In the 'Vuykhuis', the former headquarters opposite the slipway, the stained glass windows donated by the staff in the past can be seen and historical films are shown.  The initiator of this event is Leen Vuijk, great-great-grandson of the founder of the shipyard, and youngest brother of the last managing director from the Vuijk family. He is particularly pleased that this can take place especially this year,150 years after the founding of the company, thanks to the Historische Vereniging Capelle aan den IJssel, the Van Cappellen Foundation, Vuyk Engineering Rotterdam BV and Figlo Distribution.

Vuijk’s Shipyard is indissolubly connected to Capelle aan den IJssel. From 1872 to 1980, the company was active in Capelle aan den IJssel. Founder Adrianus Vuijk bought the existing Benard shipyard in Capelle-West in 1872, in order to put his knowledge and own insights into practice. The business went well, so that a second yard could be established a little further along the Hollandse IJssel in 1897. The management of the company always remained in the hands of the Vuijk family.

Employment
Throughout the years, thousands of residents from Capelle aan den IJssel and surrounding areas have worked at the shipyards. Just like their fathers and grandfathers, it was common for their sons to be employed by Vuyk. Through their own school, they were thoroughly trained to become professional employees.

From inland ships to gigantic sea-going vessels
The repair yard and the new building yard were renowned in the Netherlands and abroad. A total of 893 ships were delivered. Often with very special designs. In 1902, for instance, the m.s. Sirra: the first sailing ship in the Netherlands to be equipped with an auxiliary engine. In addition, hundreds of tugs, fishing vessels, split barges, pilot vessels, chemical tankers, Ro-Ro ships and trailing suction hopper dredgers were built. The m.s. Banka, built in 1953, was with 156,62 meters the longest Vuijk ship ever built.

Vuijk’s shipyard has had good times, but also less good times. Think of the crisis and the Second World War. However, the shipyard always came back on top. In 1980, the production definitively stopped. But the engineering firm, established by employees of the shipyard in 1979, is still active today under the name Vuyk Engineering Rotterdam BV. 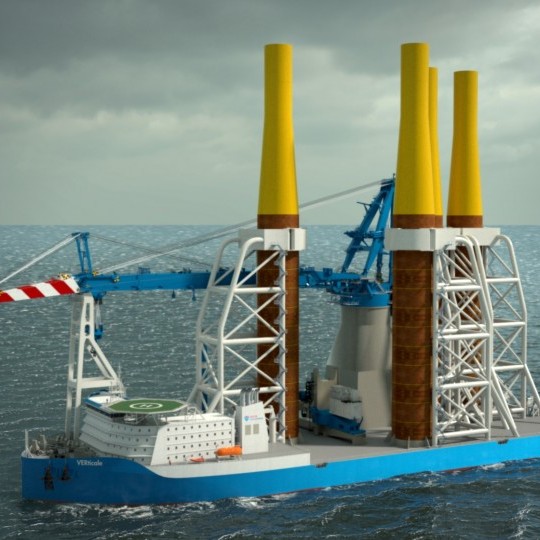 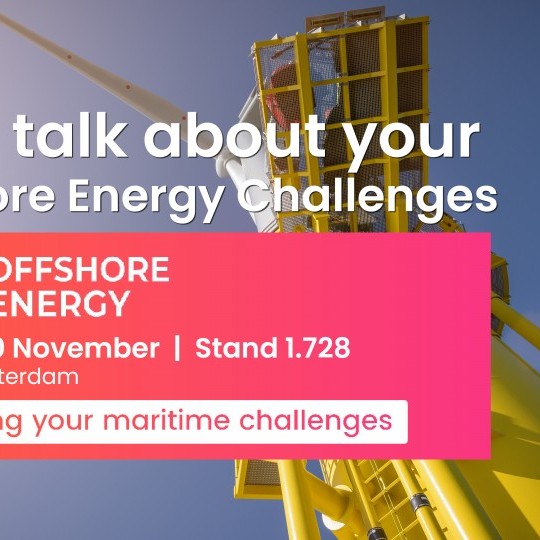 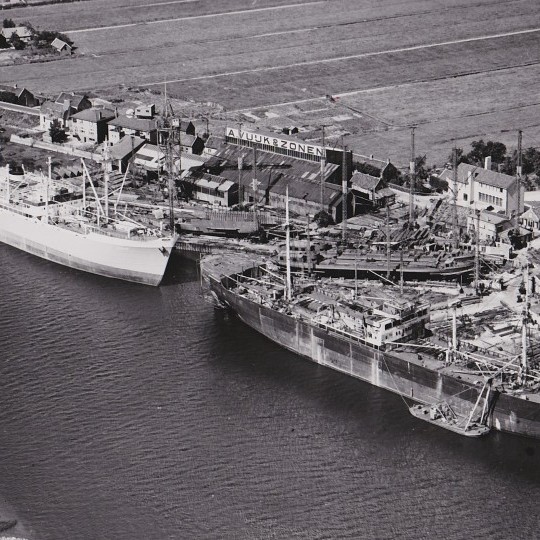 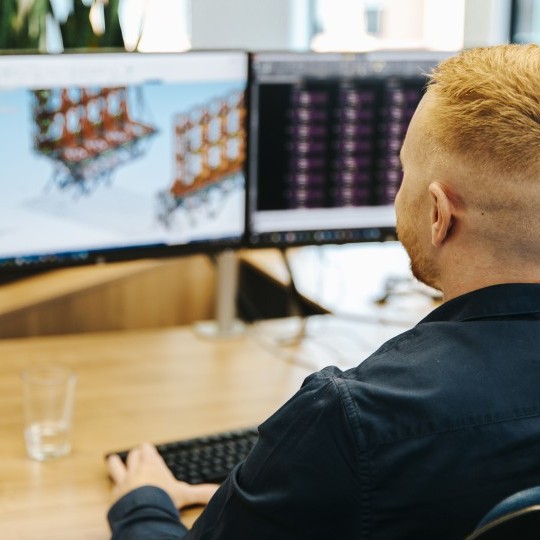 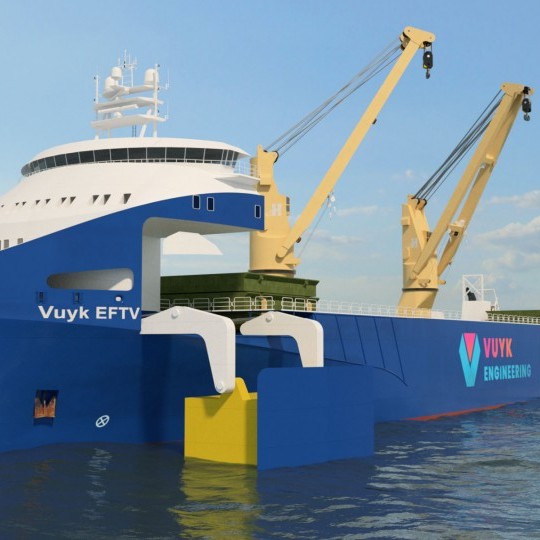 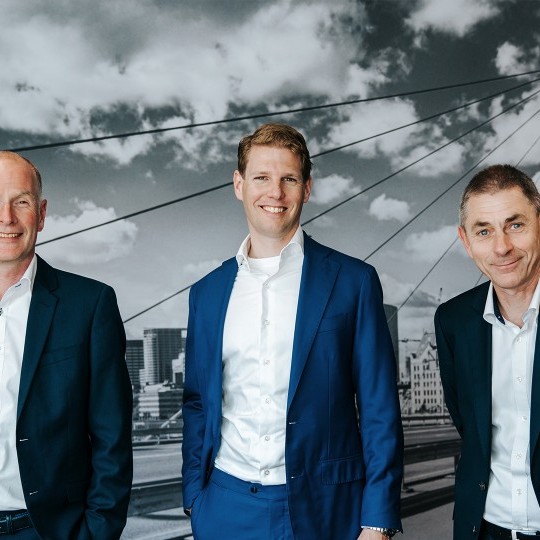 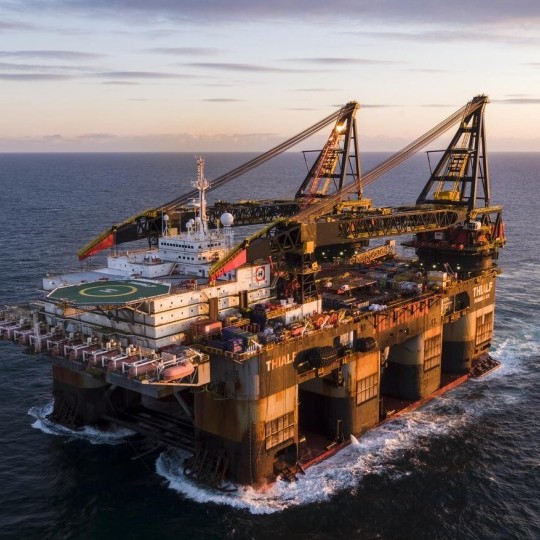 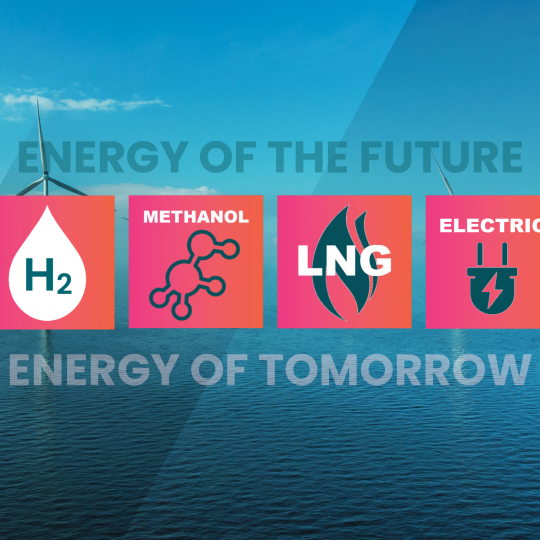 Energy of the future 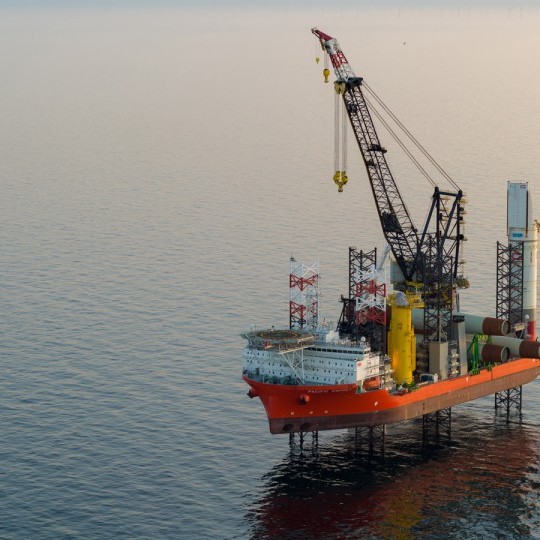 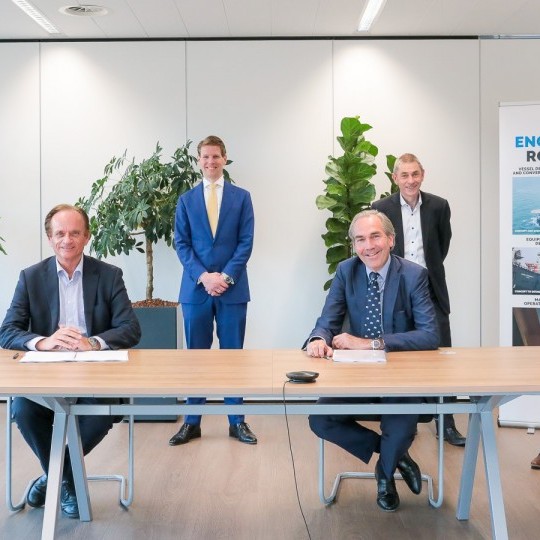 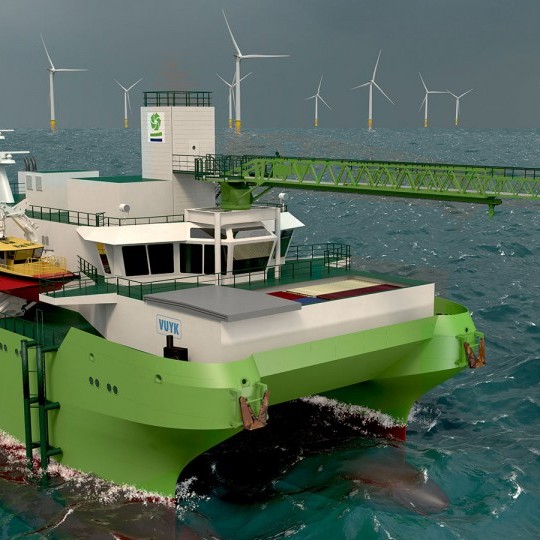 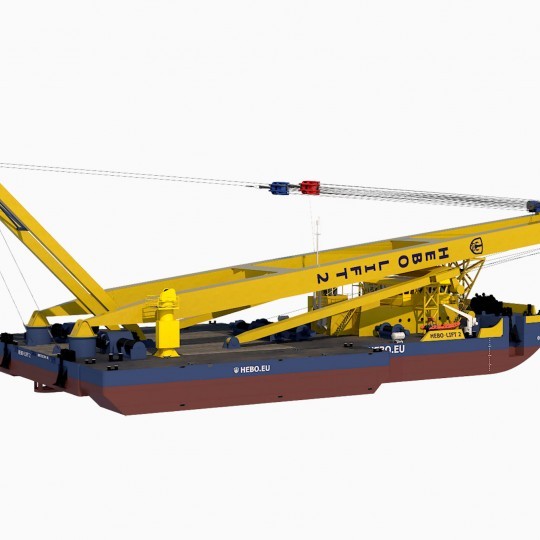 Render of the Hebo Lift 2 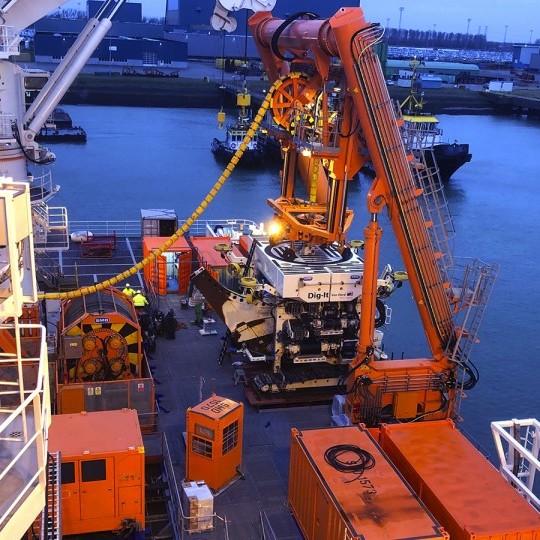 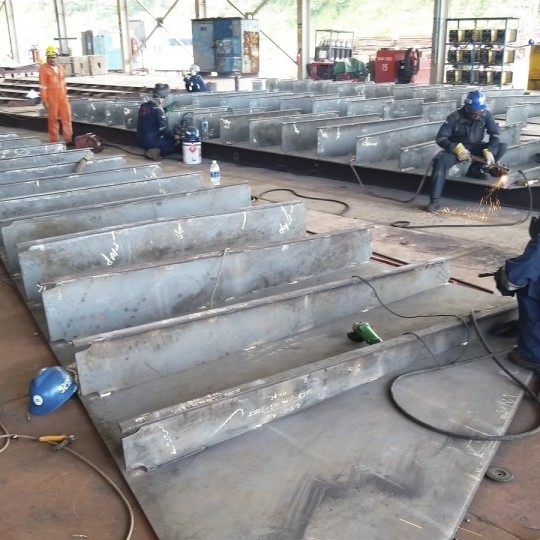 Need to get in touch with the team?

We are all ears 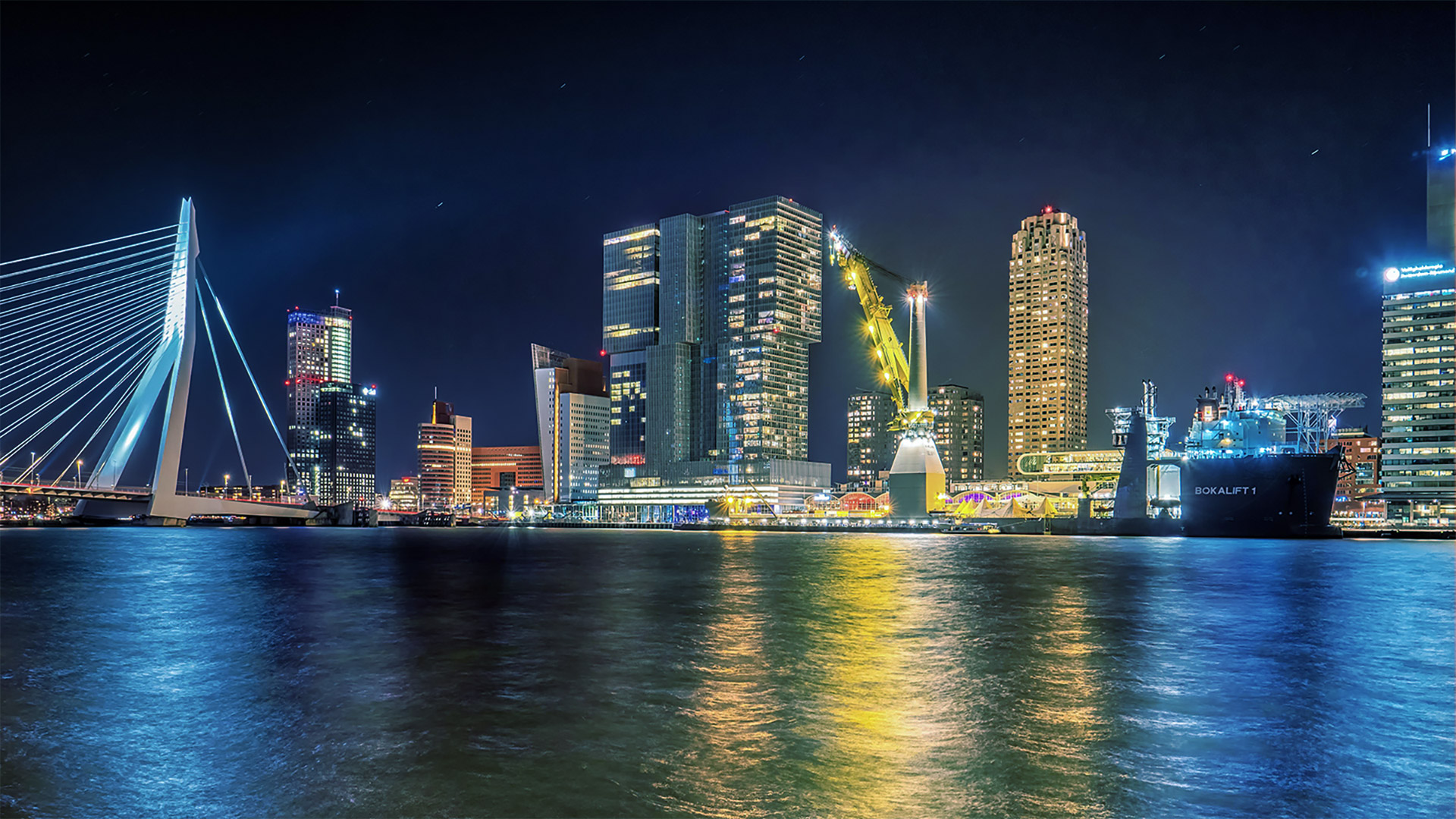